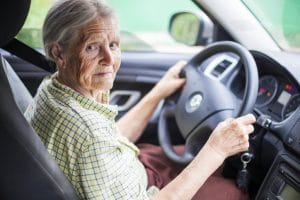 I thought I would share with you some interesting points that I learned when I spoke to my own automobile insurance company about adding an elderly driver. In short, my father is going to be staying with me for a while.  So the question was whether he should keep his own car insurance or rather, eliminate his car insurance and merge his insurance policy with mine?

I was told that in order to get the cheapest rate, it would be best to put all the drivers and all the vehicles under one insurance policy since we all live in the same household. The problem is that if my father caused an automobile accident, that car wreck would cause an increase of my insurance premium that I could not get rid of for the next five years.  Considering that I will be adding a 16 year-old daughter to the insurance policy within the next year, the underwriter was justifiably concerned that I could be creating circumstances in which my rate would skyrocket.  So, we decided it would be best to insure our vehicles separately.

Of course, it should be noted that my father would be covered by my insurance coverage if he drove anyone of my cars but only on occasion. In the law, this is called the permissive use doctrine and it effectively says you have my insurance coverage protecting you while you are driving my vehicle if you are doing so with my permission and do not drive it on a regular basis.  If he drove my car regularly, that doctrine would not apply and the insurance company would have a defense to providing coverage for an insurance or injury claim; their argument being that they did not buy the risks associated with my father’s driving as they did not know he was using the vehicle on a regular basis.

One final point, my father ultimately indicated he did not want me on his car insurance policy because I drive my Volvo like it is the Batmobile.  Of course, I reminded him that he was the one who taught me how to drive.