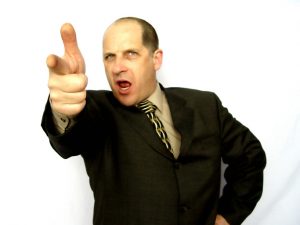 The legal system only allows you to recover money for the damages you have suffered because of someone else’s negligence.  If you think about it, a truly fair system would require that the at-fault driver help you get your car fixed, pay the cost of replacing your vehicle and not just what it was worth and assist you in getting to your doctor’s appointments.

However, if personal injury law required those things, the system would be very similar to the laws governing divorce and family law.  There would be a lot of fighting among strangers over who did what, why an appointment was reasonable or not and a lot of excuses as to why somebody failed to do what the Court ordered them to do.

Protect Yourself From A Flawed, Legal System

You have to plan for the absolute worst-case scenario and purchase, on your own car insurance, the coverage you need to handle a car wreck.

Assume for instance your vehicle was hit by an unemployed, drunk driver that resulted in you being hospitalized from a car wreck.  The drunk driver had no insurance, was driving another person’s vehicle that was also uninsured.  Finally, you don’t have health insurance to pay your medical expenses.  This sounds pretty bleak.

Think about the true effects of this worst-case scenario.  The person that hit you has no insurance to pay for the damages they caused. If you get any money out of them at all, it is likely to be small amounts generated over prolonged litigation. Further, you did not have health insurance so doctors, hospitals and chiropractors are hesitant to treat you because they don’t know if you will be able to pay your medical bills.

The common misconception about personal injury law is that the other guy will be responsible for paying my medical bills and as illustrated above.  This idea is 110% wrong.

Further, when a car wreck happens, it is like a photograph was taken. You can’t remove anything from that photograph and you can’t put anything in it.  If you don’t have the right coverage on your own automobile insurance before the car wreck occurs, you are out of luck!

So What Could You Do?

This legal advice applies from the first day you drive a motor vehicle. Further, even though motor vehicle law differs by states, it really does apply no matter which state your vehicle may be licensed in.  Ask your local insurance agent whether they agree with my advice but I would guess 90% of them will.

So yes, tell every member of your family and your extended family, wherever they may live, about this advice in regard to car insurance and/or any motor vehicle they may own, including motorcycles.

But It’s Too Expensive

While I understand that car insurance is costly, I refuse to lower my uninsured and underinsured motorist coverage in an effort to save on my car insurance premiums.  My 17 year-old daughter just got added to my insurance policy and it added about $2,200 a year to the cost of my insurance.  Nevertheless, I want to know that if the worst-case scenario should ever occur, I have the means of obtaining medical treatment for my family and recovering my out of pocket expenses for permanent treatment for medical conditions that I thought would never occur.

While I understand that you may think the worst-case scenario won’t happen to you, remember that my law practice is a small, boutique firm that encounters uninsured and underinsured motorists on a daily basis.

According to the Insurance Institute for Highway Safety, about 11.5% of Kentucky motorists and 16.7% of Indiana motorists are driving around uninsured at any given time.

Also, while Kentucky and Indiana require a motor vehicle to carry at least $25,000 per person of liability coverage, some states, Florida for example, require as little as $10,000 of liability coverage per person.  Either way, how can $10,000 or $25,000 cover medical bills of $30,000 from a surgery caused by the negligence of another driver much less your lost wages, co-pays or insurance deductibles?

If you ever read one of my previous blogs, you might say that you have heard this advice from me before and it would be true. However, right now, I am dealing with:

My point being the worst-case scenario happens every day in both Indiana and Kentucky and saving a couple hundred bucks on car insurance now, can cost you thousands later on. 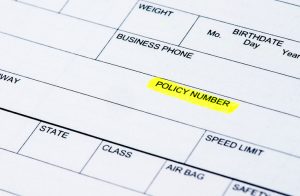 With the snowy weather and icy conditions, I figured it was time to discuss some general principles in regard to handling car wrecks and personal injury claims.

First, as I have preached before, please make sure all your vehicles have at least $100,000 per person of uninsured and underinsured motorist coverage on any automobile insurance policies.   I regularly deal with injury claims wherein the other driver had no insurance or not enough insurance to cover my client’s medical expenses much less the full value of the personal injury claim.

Second, please understand that there are no slam-dunks when it comes to personal injury law and car wrecks.  Yes, generally speaking, if someone hits your vehicle in the rear-end or they were turning left in front of you, they may be at considered at fault for the wreck.

To use a legal analysis, they were negligent in causing the wreck because they breached a legal duty (e.g. following your vehicle at an unsafe distance), that breach resulted in your damages.  However, the majority of injury law, until a jury reaches its final verdict, is arguments. So if you have a case wherein an insurance company has accepted all liability for a car wreck, count your blessings because they could just as easily argue that you were 10 or 20% at fault for driving too fast or because their insured cleared most of the intersection.

Third, unless you obtain a driver’s insurance company and contact information at the scene of the car wreck, we are pretty much helpless until we can obtain the police report. Without the police report, we don’t know the location of the wreck, the contact information of the at-fault driver and with which company they appear to be insured.  So as a result, as a general rule, it is worth waiting for the police to investigate the car accident.  Recall that buycrash.com is a great way to check for the police report and to be able to print it up on your computer.   However, on a car wreck that happened this week involving several trauma victims, I have had to contact LMPD directly to obtain some additional information. In doing so, LMPD shared the following information that might also be of assistance to you:

It can normally take up to 5 business days to be completed. . . With the corrected report number, you should be able to pull it up on buycrash (once it is ready).  The other two ways to get the report once it is ready is as follows:

You can mail a request along with  a self-addressed, stamped envelope and $5.00 cash or check to:

You can pick up a copy at the above address. The hours of operation are Monday and Thursday 8-5, Tuesday, Wednesday and Friday 8-4.  Reports are $5.

Lastly, get checked out by doctor, chiropractor, hospital or an immediate care center within the first couple of days after a car wreck.  Not everyone wants to make a personal injury claim from a car wreck and that is okay.  However, as your personal injury lawyer, the other side of the coin is that I don’t want the veracity of your injuries and pains questioned.  The longer  you wait to seek treatment the more an insurance company may question whether your injuries stem from the car wreck or some other incident.