Most of the accidents that I have handled as a Louisville motorcycle accident lawyer, have involved serious injuries requiring surgery, large medical expenses and sometimes death. Usually, the injuries are far worse for the motorcyclist and the medical expenses alone can easily exceed the insurance coverage, known as the liability insurance, on the at- fault driver. Seeking help from an experienced Louisville motorcycle accident attorney is advised in all these cases.

So there is no guarantee that the at-fault driver has enough insurance to pay for your medical expenses much less your claim for pain and suffering. Think about it.this way. If you are flown 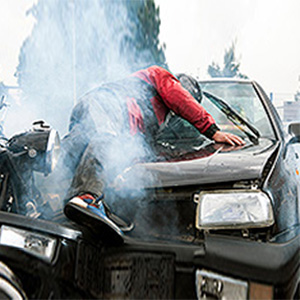 from the accident scene to a trauma hospital, the charge for that helicopter tends to run about $30,000. While you may be able to get health insurance to pay that charge, I just used an example wherein the first medical bill was more than the state minimum for automobile insurance in Kentucky.

To understand the risks of riding a motorcycle in Kentucky or Indiana, and the need for adequate insurance coverage that will cover you when you are seriously injured in a motorcycle wreck, I will give you a real-life example wherein a friend was hurt while riding his motorcycle and was hit by an uninsured truck.

My friend was injured to the extent that he was hospitalized for several weeks and had over $700,000 in medical expenses. All indications are that the at-fault truck was uninsured and the driver was uninsured. The at-fault driver left the scene of the accident and still has a warrant out today for his arrest. This could have very easily have been a motorcycle wreck involving wrongful death cases as well.

Similarly, I just finished prosecuting a motorcycle accident injury claim wherein my client’s medical expenses exceeded $1,000,000. My injured client, the motorcycle rider was not the owner of the motorcycle that was involved in this wreck. Rather, my injured client was riding a motorcycle entrusted to him by a friend for a short errand. While I believe the friend may have some liability for the wreck because he negligently entrusted a dangerous machine, his motorcycle, to my client who was not an inexperienced motorcycle rider, my client did not want me to pursue such a claim. As a result, the recovery on his personal injury claim was limited to the liability coverage on the at-fault driver that was the Kentucky state minimum, $25,000 per person, and another $25, 000 of underinsured motorist coverage through a grandparent’s policy.

To evaluate a personal injury claim from a motorcycle wreck or any car accident, I have to look at: This is why while I try to provide you with legal advice in regard to your personal injury claim, I encourage you to contact me on my phone for immediate legal advice. As an experienced Louisville motorcycle accident lawyer, I will give you the best possible advice for your case. 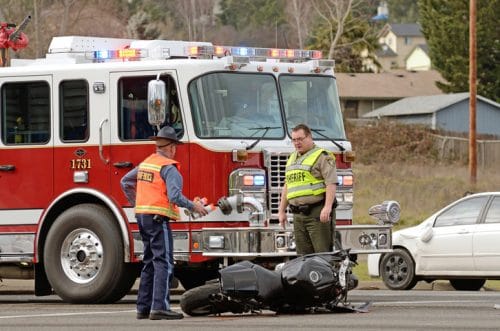 How Do I Value My Personal Injury Claim?

You don’t listen to your friends as they will tell you that they know of someone who did not get hurt and he/she recovered $25,0000. While I wish that were the case, it most likely is not. Insurance companies fight before they just hand over money to an injured person. Also, you don’t try to use standard formulas like three times your medical expenses. Those formulas existed in the past and are no longer used by insurance carriers. These assumptions will take you down the wrong road and you may end up in a lawsuit because of false expectations. Seeking help from a Kentucky motorcycle accident lawyer to best possible advice is advised because they understand the Kentucky motorcycle laws to determine the settlement amount you are entitled to. Until an experienced, Louisville motorcycle accident lawyer looks at all of your medical records stemming from an accident, no lawyer can really provide you with a value for your personal injury claim. A claim’s value depends upon a multitude of factors including: amount of property damage; length of treatment; type of treatment; lost wages; pre-existing medical conditions existing before the accident; liability for the accident; aggravating circumstances such as a drunk driver; insurance company involved and; prior experience with this particular insurance adjuster. 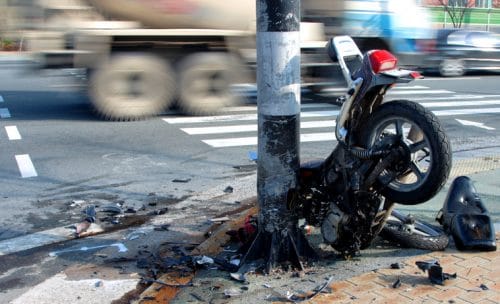 I see many attorneys act like realtors when they first speak to a potential client and promise that the world to sign up the case. Realtors, to obtain a house listing, have no problem using the figures you want to believe your house is worth only to tell you six months later, “Sorry I was wrong and the market changed.” I won’t do that. One of the reasons I am a top Louisville Motorcycle Accident lawyer is because I am not going to promise you the moon and let you get your hopes up only to change my story once the first low offer comes in from the insurance carrier. As an injury attorney who knows other attorneys who also have extensive personal injury practices, I have an advantage that you don’t. Many times, without revealing information protected by the attorney-client privilege, will discuss your case with attorney friends of mine so I can get their input on what they believe the case is worth. Basically, I want to make sure that I am accurately valuing your personal injury claim. After all, as Louisville motorcycle wreck lawyer who is always advocating for you, it is not hard to start believing our own hype. I don’t want to put you through the rigors of a lawsuit unless I am sure that the case justifies it and the insurance company has incorrectly valued the claim.

If you were injured in a motorcycle wreck, I hope you will contact me very soon after the accident. Why? Because I am an experienced Louisville motorcycle accident lawyer who wants to prosecute your personal injury claim effectively and efficiently. One issue I want to know is if your injuries and the facts of the accident justify the involvement of an accident reconstructionist. Very simply, we may want to send an accident reconstructionist to the accident site to see what physical evidence the police may have missed at the accident scene. Sometimes, this can make the difference as to whether you can recover from your injury claim or not.

If you want an attorney who will give you a straightforward, honest evaluation of your case, I can do that. I have been practicing as a Louisville motorcycle accident attorney for many years.