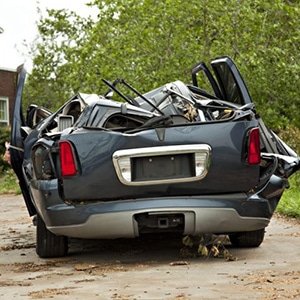 Both Kentucky and Indiana have what is known as wrongful death laws. Only lawyers use the term wrongful death. If you have lost a friend or family member in a car wreck or a motorcycle crash, this is what I am talking about and you should contact an experienced Louisville wrongful death lawyer at Desmond Law today.

First, I personally have lost both a family member and a good friend before it was their time. So I am sorry for your loss and I understand that this is something you learn to live with, not get over. In my 20+ years of experience practicing as a Louisville wrongful death lawyer, I can understand the pain and suffering people go through when a loved one loses their life in a road accident.

Second, when we undergo such a devastating loss, we don’t think straight. You do not need to be making any major decisions especially in regard to a personal injury claim. So while I will list below some of the law in regard to deaths caused by car wrecks, I would really prefer you contact me by phone or schedule a meeting. Being an experienced wrongful death attorney in Louisville KY, I will not push you into signing contracts. Rather, we can discuss what your legal rights and when you are ready, we can decide how to proceed on the wrongful death claim. I am known as one of the best wrongful death attorneys in Louisville, KY. I will go over your case in detail with you before coming up with a plan on how to get you the maximum compensation you deserve for the loss of your loved one.

Kentucky and Indiana law does not guarantee that the at-fault driver has enough insurance to cover your injury damages or the decedent’s lost wages. To give you an example, I had a client who was stationed at Ft. Knox, Kentucky and had over 19 years in the military and was supposed to retire within six months. At that time, he was scheduled to start working with a company in Iraq wherein he would have made over six figures a year as a salary.

I calculated his lost wages alone were over $800,000. Unfortunately, he was killed in a motorcycle accident and the at-fault driver only had $250,000 in insurance coverage. He did not have underinsured motorist coverage on the motorcycle policy either. While we could have sued the at-fault driver and tried to go after his personal assets to satisfy any judgment we might have obtained, the asset check showed that the at-fault driver had nothing which we could have executed a judgment against. In other words, had we proceeded with a wrongful death lawsuit, we would have had piece of paper saying that he owed money but nothing more. Also, he could have bankrupted that judgment as well. 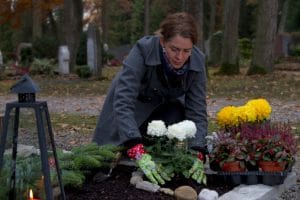 (1) Whenever the death of a person results from an injury inflicted by the negligence or wrongful act of another, damages may be recovered or the death from the person who caused it, or whose agent or servant caused it. If the act was willful or the negligence gross, punitive damages may be recovered. The action shall be prosecuted by the personal representative of the deceased.

(2) The amount recovered, less funeral expenses and the cost of administration and costs of recovery including attorney fees, not included in the recovery from the defendant, shall be for the benefit of and go to the kindred of the deceased in the following order:

(e) If the deceased leaves no widow, husband or child, and if both father and mother are dead, then the whole of the recovery shall become a part of the personal estate of the deceased, and after the payment of his debts the remainder, if any, shall pass to his kindred more remote than those above named, according to the law of descent and distribution.

Who can bring wrongful death claim?

What damages can be recovered in a claim?

Compensatory damages are designed to compensate an individual for the losses they suffered. Punitive damages are designed to punish an individual for gross negligence or reckless behavior. Both types of damages can be recovered in a wrongful death claim with the help of a Louisville wrongful death lawyer. Specifically, damages include the lost earning power of the decedent, funeral bills, plus pain and suffering and medical expenses. Kentucky law does not allow compensation for “loss of enjoyment of life.” If you are not sure what damages can be recovered in a wrongful death claim in Louisville, KY, call our office to speak with a wrongful death attorney in Louisville KY.

Is the wrongful death recovery reduced by the claims of the estate?

Unlike some statutes in other states, Kentucky law does not limit the amount that can be recovered for a wrongful death claim. As a result, when someone is wrongfully killed and because the statute allows for the recovery of the loss of earning capacity, a wrongful death claim can be substantial. Make sure you discuss your case with a wrongful death attorney in Louisville KY to figure out the exact amount of compensation you can claim for the death of a loved one.

What is the Statute of Limitations for Wrongful Death Claims in Kentucky?

The statute of limitations for a wrongful death claim is not contained in KRS 411.130 but in KRS 413.180(1) and it states that the wrongful death action must be commenced within one year of the appointment of the personal representative.

(1) who does not have any dependents; and

(c) In an action to recover damages for the death of an adult person, the damages:

(1) must be in an amount determined by a:

(A) damages awarded for a person’s grief; or

(B) punitive damages; and

(3) may include but are not limited to the following:

(A) Reasonable medical, hospital, funeral, and burial expenses necessitated by the wrongful act or omission that caused the adult person’s death.

(B) Loss of the adult person’s love and companionship.

(g) In an action brought under this section, a court or a jury may not hear evidence concerning the lost earnings of the adult person that occur as a result of the wrongful act or omission.

(h) In awarding damages under this section to more than one (1) person, the court or the jury shall specify the amount of the damages that should be awarded to each person.

(i) In an action brought under this section, the trier of fact shall make a separate finding with respect to damages awarded under subsection (c)(3)(B).

No. The wrongful death statute specifically excludes punitive damages from the recovery.

Jim Desmond is a Louisville wrongful death lawyer that focuses on motorcycle, trucking, and auto accidents. We offer effective and aggressive legal representation to accident victims and their families. If you’ve been injured in a car, motorcycle or tractor trailer wreck, contact us now for a free case review by our Wrongful death attorney in Louisville KY.