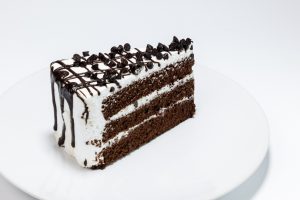 Imagine for a second that insurance coverage is like baking a cake with several layers. Ideally, each layer leads to and is on top of the next layer so that when you finish baking the cake, you can apply the icing.  For a serious car wreck, your medical expense coverage would serve as the base, the liability coverage on the other driver would be the middle layer, the underinsured motorist coverage would be the top layer and the personal injury settlement might be likened to the icing.

The problem is that when you are dealing with a car wreck or motorcycle accident, things are not so clean. It is more like having to look for your ingredients in cabinets, under pots and revisiting the local Kroger several times for misplaced ingredients.

For the past two weeks, I have been working on a motorcycle wreck case wherein the client was hospitalized at the University of Louisville Hospital for over 30 days. As a result, the motorcyclist has medical expenses in the six-figure range.  Further, even the subrogation claim being asserted by the health plan to recover the medical expenses they have paid, exceeds the insurance coverage on the at-fault driver. Recall that in Kentucky and Indiana a driver only needs to have as little as $25,000 per person in insurance coverage to lawfully operate an automobile.   In this case, that’s what the at-fault driver was insured for.

So, I have been doing a lot of fishing for other automobile or motorcycle insurance that might apply to this wreck.  I have ordered a copy of the title for the at-fault vehicle because the law provides that the insurance covering a vehicle is primary and the insurance covering the driver is secondary.  In other words, if I let you borrow my car, both of our insurance policies, you as a driver and me as the owner of the vehicle, could apply to the wreck.    Yes, it is a long shot but considering the severe nature of my client’s injuries, I have to swing the bat and hope for the best.

On a side note, be careful about settling with one insurance policy and trying to pursue another.  Depending upon what you sign, you could inadvertently release a claim against the driver’s insurance by settling with the company with that insures the motor vehicle. Also, there are specific statutes, both in Kentucky and Indiana, that require certain procedures to be followed to preserve an underinsured motorist claim and BEFORE you settle with the liability carrier. If you don’t follow these procedures, your underinsured claim could be barred.   Just like a cake needs all the layers to be made properly or it will lean and fall apart.

The other aspect of my fishing expedition has been to look for underinsured motorist coverage wherever I might find it.  Unfortunately, there was no underinsured motorist coverage on the motorcycle. So now I am looking to the insurance policies of family members that my client has resided with.  To oversimplify things, you can have insurance coverage as someone who is listed on the insurance policy, i.e. a named insured, or as a resident relative of the same household.

In regard to being a resident relative, the easiest example is to think about a 13 year old child that has divorced parents and lives with both his mother and father.  Potentially, either his mother’s or father’s insurance policy could provide insurance benefits for a car accident even if the child was not in either parent’s vehicle.

My job as a personal injury lawyer for this kind of motorcycle wreck is to find and collect from as much insurance as I can to maximize my client’s personal injury recovery. In addition, I have to minimize the subrogation claim of the health plan because every dollar the health plan recovers, is one less dollar my client is going to recover.  And yes, I have already discussed with my client that the circumstances are such that I expect I will be reducing my attorney’s fee as well.

One final point that I do hope you will think about.  Those attorneys who advertise on television tend to run ads promising checks or large settlements. I am telling you about a case wherein we are going to recover maybe 10% of the value of my client’s personal injury claim. Why?  Because the law depends upon luck.

So “yes!” by doing this blog I am advertising the services of my law firm and my knowledge of Kentucky Motor Vehicle Law. However, you can take this legal advise to anyone insurance agent or personal injury lawyer and it is your choice on how to use it.

All the best and be safe!