Does my personal injury claim for a car wreck, that resulted in injuries and lost wages, justify a lawsuit?

The first question, “Why did the personal injury claim not settle on a pre-litigation basis?” Generally, most injury claims have a chance at being resolved on a pre-litigation basis. In essence, this means that all your injuries, medical bills and medical records were presented to the insurance carrier for the at-fault vehicle with a settlement demand. Since litigation is expensive and insurance companies deal with hundreds of new claims on a daily basis, both the plaintiff’s attorney and the insurance company have an incentive to try and resolve your personal injury claim if possible through this pre-litigation process. As a result, when I hear that an injury claim did not during the pre-litigaton process, we need to know the facts in regard to why the claim was not settled. 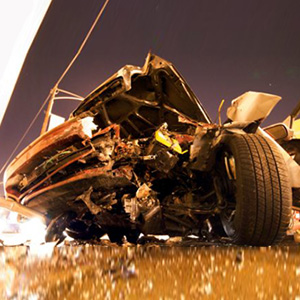 claim was worth. However, on this issue, remember that a good personal injury lawyer will provide you with a net settlement amount based upon the offer made by the insurance company. A net settlement is the amount that you will actually take home, in your pocket, after attorney’s fees, costs, liens and unpaid medical expenses are deducted. Also, a good personal injury lawyer will try and negotiate these deductions, such as health insurance liens and unpaid medical expenses, down so that less of your injury settlement has to be paid towards these things. I have been practicing as a personal injury attorney in Louisville KY and can help you with your case. (See this blog about negotiating liens down.)

Other factors that can prevent an injury claim from settling during the pre-litigation process including the nature of your injuries and whether they believe all of your injuries were caused by the car accident. While the value of a case largely depends upon what injuries your doctors opine are related to the car wreck, the insurance company can question whether they believe your doctors were correct and whether the history you provided to your doctor, e.g. that you hit your head on the interior of the car, could result in the injury you are claiming. If you have filed an injury claim after an auto accident, make sure you do that with the help of a car accident lawyer in Louisville KY.

So now, that we may know why the pre-litigation process failed to settle the personal injury claim, the question is does the value of the injury claim justify the time and expense of a personal injury lawsuit? First, how much insurance is on the at-fault driver? When his company says that they have $25,000/$50,000 of insurance coverage, what they are really saying is that the maximum any one person can recover is $25,000 per person and no matter how many people are involved in this car wreck, they will not pay out more than $50,000. So what is the insurance company offering compared to their policy limits? The policy limits being the most insurance they have on the at-fault driver or the amount of insurance the at-fault driver purchased before the car wreck.

So if a drunk driver is insured with Safe Auto for $25,000 liability coverage and this drunk driver caused you to be hospitalized wherein you incurred $45,000 in medical expenses because of a three-day hospital stay, Safe Auto is still only going to pay out a maximum of $25,000 per person. So how much is the at-fault driver insured for AND what other insurance policies, excess, umbrella or underinsured motorist, can you recover the balance of your personal injury claim from?

Clearly, in this example, the value of your personal injury claim, much less your medical expenses alone, exceed the insurance company’s settlement offer. The legal problem being that the at-fault driver only purchased $25,000 in insurance coverage so it does not matter how many injuries he caused; his insurance company is only responsible for the damages covered under their policy up to the amount of insurance coverage their insured purchased.

You can sue the drunk driver for more than his insurance coverage. The problem is that the liability carrier, in this example Safe Auto, is the sure bet. If we can show your claim is worth $25,000, we know that they have the assets and financial resources to pay the $25,000. On the other hand, there is no guarantee that the drunk driver has a job, a home or even a bank account. So any Judgment we obtain against the drunk driver could be worthless. A Judgment is only a piece of paper saying that you owe someone money. The value of a Judgment is entirely dependent upon whether you can use it to collect it by garnishing someone’s assets. So YES, personal injury law and motor vehicle laws can be unfair!

SUING AN AT-FAULT DRIVER BEYOND THEIR INSURANCE LIMIT IS POSSIBLE.

Now let me explain something to you. In very, very rare circumstances, an injury lawyer will sue an at-fault driver over and above his insurance policy.

As discussed above, from a purely legal standpoint, an at-fault driver is responsible for all the injuries or damages, including medical expenses, arising from a car wreck or a motorcycle accident that he caused. However, from a practical standpoint, the question is whether the potential recovery is worth the extra litigation costs and attorney fees to justify prolonged litigation. If you, the injured motorist, purchased underinsured motorist insurance before the car wreck or motorcycle accident occurred, most of the time it is not going to be advantageous to sue the at-fault driver through a personal injury lawsuit. Why? Because of the underinsured motorist coverage you purchased, you effectively transferred the risk of collecting a worthless Judgment to your own automobile insurance carrier. For more details on how all these scenarios work out, get help from a personal injury attorney in Louisville KY.

Chances are the at-fault driver has nothing to collect a Judgment from, asset-wise, and that he can void the Judgment through Bankruptcy proceedings. If an individual has a lot of wealth, they generally have a lot of insurance to protect that wealth. If they don’t have a lot of wealth, why would they spend a lot of money on insurance to protect assets they don’t have? To get answers to these and more questions, contact a Louisville car accident lawyer.

The key to whether you can collect on a Judgment is whether the at-fault party has enough assets to collect against. If someone has a house that you can foreclose on a bank account or a bank account you can garnish, then collection procedures can result in money that may satisfy your judgment. On the other hand, if someone is driving around with just $25,000 in insurance liability coverage, chances are they have nothing to collect that judgment from. A lot of insurance coverage tends to mean a lot of assets to protect. If a drunk driver has just enough insurance coverage to lawfully operate a motor vehicle on the road, chances are he doesn’t own a house and he is just getting by each week on their salary. Further, if your Judgment is just one of several that they have against them, they are not going to be intimidated by your collections efforts.

The example above is just an example. If you were smart enough to have underinsured motorist coverage, on your car insurance or your motorcycle, you might not need to even sue the drunk driver beyond his insurance limits.

So to answer the question of whether a personal injury lawsuit is justified, you ultimately need to know the highest value of your personal injury claim, the total insurance coverage on the at-fault driver and the underinsured motorist coverage on your own insurance policy that can compensate you over and above any amounts recovered from the at-fault driver. Just make sure you have an experienced Louisville car wreck attorney by your side at all times.