Recorded Statements with an Insurance Adjuster

No one likes giving a recorded statement, especially when it comes to determining fault in an accident claim.  The adjusters have hundreds of open files.  Any piece of information you provide will go into the file.  If no one is disputing fault (e.g. they rear-ended you), why would you give a statement that might be used against you in the future?  The adjuster may try to claim, “It’s required under the contract.”  That’s not always the case.  If you end up giving a recorded statement, don’t minimize your injuries, answer the specific question they ask and don’t volunteer more information.  They will ask if they want additional facts.  You can always wait until you have your attorney present or at least on the phone.  He/she can help you to avoid giving too much information, especially if the adjuster didn’t ask for it.

If you’ve been in a car wreck, get a police report.  While they are not admissible in court, they can be helpful during negotiations with the adjuster.  Establishing who had the right of way is a key part of the case, especially when it comes to determining fault.  If the other driver had the right of way, you may be at fault.  This could be the case any time you are merging into traffic or crossing an intersection.

What’s Comparative Fault?  Kentucky is a pure comparative fault state.  If you’re 99% at fault, you can still recover 1% of the damages.  This is typically determined by the attorneys and insurance adjusters.  Indiana is a modified comparative fault state.  If your fault is 50% or more, you probably won’t be able to win a claim for damages.  Determining the percentage of fault for each of the drivers is complicated and can seem arbitrary.

Will My Car Get Totaled or Repaired?

Take pictures of the damage to the vehicle.  It can help.  The 70% rule.  If the repair cost is equal to 70% or more of the fair market value of the car.  The insurance company is required to total it out.  This means you may only get $1,500 for your car, even though you’ll need $8,000 to replace it.  Again, it’s based on the fair market value, not replacement cost.  Does the owner get a say in it?  The short answer is no.  You may get “loss of use” to cover a rental car, but the insurance company has requirements regarding the 70% rule.  If the car can be repaired, you will be entitled to a diminution in value claim.  Basically, the car is worth less now that it’s previously been in an accident.

What Happens if the Negligent Driver Doesn’t Accept Fault?

If the other driver is claiming it wasn’t his/her fault, luckily, it’s not necessarily the driver who makes the determination.  Again, take pictures if you’re able.  Show the position of the cars, the damage, the debris pattern and even the license plate on the other car.  The police officer will attempt to make a police report.  The negligent driver’s insurance may or may not stand by their insured driver.  Collision/Full Coverage – You can use this part of your own policy to get your car repaired.  If the insurance company has a reasonable basis to dispute the claim, they most likely will.

It could take a lot of time to get this case settled, especially if there are injuries involved.  At least you can go ahead and get your vehicle repaired.  Going back to Episode 1 – “No Guarantee the other driver has enough insurance.”  Yes, you can make a claim against the at-fault driver, but if there’s no insurance, limited assets, and very little cash, you still may need to go back to your own policy (UM/UIM coverage).  UM is Uninsured Motorist coverage.  It can help cover your losses if the other driver doesn’t have insurance.  UIM is Under Insured Motorist coverage.  We can go against the driver’s liability insurance, possibly up to the policy limits.  Then, we could rely on your UIM coverage to cover a portion of the remaining losses.  If you are in an accident in a different state, your UM/UIM and PIP coverage follows you. 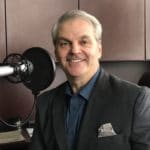 This Happened This Week

Some automobile insurance policies exclude motorcycles.  In this week’s case, Jim’s client was on a motorcycle.  A car pulled out, which forced the motorcyclist to lay down his bike.  No actual contact was made between the 2 vehicles.  His own insurance company paid the uninsured coverage (usually requiring physical contact, although it didn’t happen).  Jim hired an investigator who eventually found car.  Jim was able to determine insurance existed.  They made a claim, but were forced to give back the UM coverage proceeds.  The insurance company then attempted to blame the motorcyclist.  The coverage is now liability coverage, which was higher than the UM coverage.

Jim was able to recover more money as part of the settlement.  Unfortunately, the motorcyclist didn’t have under insured motorist coverage (UIM) so the recovery was capped at the policy limits of the liability policy.  Your motorcycle policy may have “pedestrian PIP” coverage.  This means that if your motorcycle hits someone, they can make a claim against your policy for $10,000.  This portion of your coverage is there to cover pedestrians, not you as a motorcycle driver.  Many people misunderstand this important coverage.

The information provided on this podcast is for general informational purposes only.  It should not be construed as legal advice and does not constitute an attorney-client relationship.  You should seek the advice of an attorney for guidance related to your specific situation.  I am only licensed in Kentucky and Indiana, so the general advice provided may not apply outside of those states.

This podcast maybe freely shared, but may not be the modified or edited in any way.  This is an attorney advertisement.   Co-host Jim Ray is a non-attorney spokesperson.