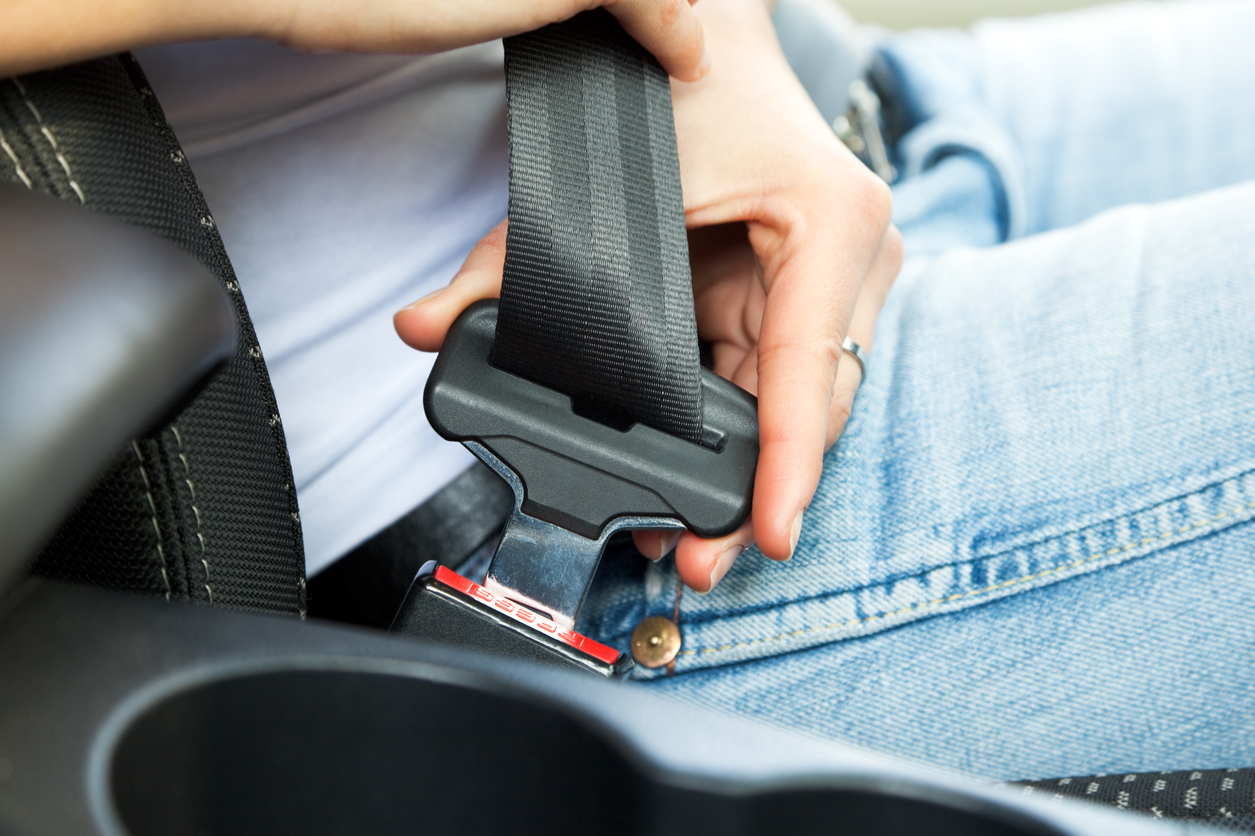 One of the leading causes of death among those between the ages of 1 and 54 in the United States is motor vehicle crashes, and one of the most effective ways to reduce injuries and save lives is the use of a seat belt.

Currently in 18 of the 50 states, the seat belt law is considered a secondary offense with the exception of Colorado, which although is a secondary offense state for adults, children not properly restrained is a primary offense with a much larger fine.  New Hampshire is the only state not requiring adults to wear seat belts, however, they do have a primary child passenger safety law covering anyone under 18.  All other states have a mandatory seat belt use law for drivers and front seat passengers.

We’ve all met that person who knew of someone whose life was spared because they were NOT wearing a seat belt, however, the chances of this happening is slim to say the least! One study from 2002 estimated that 4,200 lives could be saved each year if 90% of the population in the United States wore seat belts.  There are rare instances when a seat belt can cause harm.

A friend of mine who is an ICU nurse even had a pediatric patient with a liver laceration following an automobile accident with a lap belt, however, this was not supported by a shoulder strap and injuries sustained from wearing a seat belt are generally surface bruises and/or abrasions and significantly far less severe than injuries that may have been sustained from not wearing a seat belt.

According to the National Highway Traffic Safety Administration (NHTSA), seat belts have saved roughly 300,000 lives in the United States since 1975.

Seat belts were invented in the mid-19th century by an English engineer named George Cayley, however, the first U.S. patent was granted to Edward Claghorn of New York on February 10, 1885.  Motor Vehicle Safety Standard enacted a federal law on January 1, 1968 that required all vehicles with the exception of buses to be fitted with seat belts in all designated seating positions.  The world’s first seat belt law was in 1970 in Victoria, Australia, however, in the United States the first state to enact primary enforcement seat belt laws was New York in 1984.  By July of 2010, 31 states including the District of Columbia had primary seat belt use laws while 18 states had secondary enforcement laws.

One study found that the use of seat belts in primary belt law states averaged 88% and was less in states with weaker enforcement laws.  Studies have also been conducted by the Centers for Disease Control and Prevention and have found increased belt usage in primary belt law states and decreased fatalities in these states as well.  Overall, serious injuries and fatalities are reduced by wearing a seat belt, and unless you are an adult in New Hampshire it is the law in one form or another so buckle up!

This article is provided by the Desmond Law Office, Louisville, Kentucky.  We handle accident cases in both Kentucky and Southern Indiana.

A Criminal Conviction of D.U.I. Being Used to increase the value of a Personal Injury Claim

We’re Getting Better, but Kentucky Needs to Buckle Their Seat Belts More Often