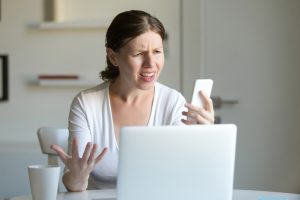 Someone posted a great question on a message-board I belong to.  Essentially, the person felt that they had a slam dunk case against their own uninsured motorist coverage.  For this reason, they questioned whether they should keep their personal injury attorney or fire him and save the contingency fee. I loved the question because it brings up so many areas of the law wherein misconceptions are rampant.

In the legal field, a slam dunk case is rare and not what you want.

Last year I had a slam dunk case wherein my client, a pedestrian, was hit by a car driven by a teenager who was texting at the time.  My client was hospitalized for a significant amount of time so his medical expenses in the first 30 days following the car wreck were more than twice the insurance coverage on the teenager.  So yes, that was a slam dunk in the sense that the insurance company did not think twice before paying offering their policy limits.  Why?  An insurance company can be held liable for more than the coverage purchased by their insured only in rare circumstances.

One of those circumstances, that’s pretty clear cut in nature, is when the insurance company exposes their insured to a Judgment in excess of the insurance coverage when they had a reasonable chance to settle the claim within the policy limits.

So how does a good personal injury lawyer earn their attorney’s fee in such a slam dunk case?  First, they look for other insurance coverage. I did not handle the case but I consulted on a case involving a wrongful death wherein it appeared another teenage driver was insured for only $25,000 but ultimately, a seven figure insurance policy was discovered through another parent’s insurance policy.  So in that case, another liability policy was discovered because the injury attorney was diligent and did not rush to settle his client’s personal injury claim.

To put it simply, insurance coverage, depending upon the kind of insurance, can exist because someone else also owns the car, someone was in the scope of employment when the wreck occurred or because someone is a resident relative living in that household.  A good personal injury lawyer does his best to track down all the different layers of insurance coverage that could apply and compensate his injured client; whether it be an additional liability policy or a policy of underinsured motorist coverage.

Also, an injured party needs to understand that they are held to the same legal requirements, whether they have an attorney or represent themselves, and ignorance of the law is not a valid defense.  So if you rush to settle your claim and  once you sign a bodily injury release, your claim is done.

As I tell all my clients, it does not matter how severe your injury was or when it was discovered, you sign that release your personal injury claim is resolved completely.

Further, the requirements of pursuing an underinsured motorist claim, against your own company, are laid out in the statutes and must be followed to the letter. I am referring to the fact that the law sets up a required, legal procedure that must be followed wherein your own automobile insurance company must receive proper notice, according to the strict requirements of the statute, anytime you wish to accept a policy limits offer from an at-fault party.  If you don’t follow the procedure, your claim for underinsured motorist coverage could be barred.

Lastly, what good does it do you if a lawyer recovers $100,000 for you but with health insurance liens, attorney’s fees and costs eat up the majority of your personal injury settlement; obviously, the answer is none!

However, even if I had not been able to obtain a complete waiver of the health insurance lien, I needed to do my best to lower the amount the health insurance would accept and reduce any other liens/charges that might reduce my client’s net recovery.  And yes, lowering an attorney’s fee is one way that can occur as well.  In that case, I did that. Why? Because the client has used me before, given my name out to family members and even did a review for me on Google.

My point is you should have a mutually beneficial relationship with your injury lawyer and not be just one of a multitude of cases that they are handling in multiple states.