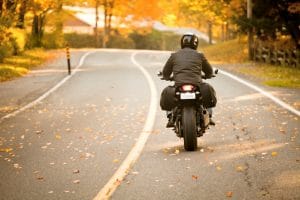 With the onset of the summer, more motorcycle riders can be found on the roads.   According to the Insurance Institute for Highway Safety, there were about 8.4 million motorcycle riders on the road in 2014 and 4,586 motorcyclists died from wrecks that same year.   Of the 4,586 that were killed in a motorcycle crash, 39% were not wearing helmets.  Further, according to the National Highway Safety Administration and the statistics we have for motorcycle wrecks in 2013, a motorcyclist is 26 more times more likely to die in an automobile crash than the passenger of a car and five times more likely to be injured.  http://www.iii.org/issue-update/motorcycle-crashes.

So again, my legal advice for motorcyclists before they are ever involved in a motorcycle wreck is to have at least $100,000 per person of uninsured and underinsured motorist coverage on your motorcycle policy.

Why?  First, no matter what the law attempts to achieve, there is no guarantee that the driver of a motor vehicle is properly insured.  Second, because of how motor vehicle, insurance law works in Kentucky and Indiana law, a distracted driver can plow into the back of a motorcyclist, send that motorcyclist to the hospital for multiple surgeries costing thousands in medical bills and still only have a minimum amount of insurance coverage.

Kentucky and Indiana law do not guarantee that an at-fault driver has enough insurance coverage to pay your injury related medical bills, much less your claim for pain and suffering.  Both Kentucky and Indiana only require a driver to carry $25,000 per person of liability coverage on their vehicle.

Yes, you can sue an at-fault driver for all your injuries, surgeries and damages arising from a motorcycle wreck.  However, a judgment is a piece of paper that says someone owes you money, nothing more.  So if I have a judgment against you for $200,000 but you have $500 in your bank account, what is that judgment really worth?

Lastly, recall that underinsured motorist coverage can pay your medical bills, lost wages, personal injury claim and your claim for pain and suffering.  These are damages you or a family member may have incurred.; whether you use a personal injury lawyer or not, this kind of coverage.  So yes, it is worth the extra cost. 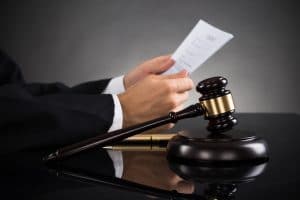 I wanted to give you a tip generally about all areas of the law.  All areas of the law focus on what you can prove!  Unless we are dealing with expert testimony (e.g. doctors, accident reconstructionist, etc.), the law really is not concerned about theories or opinions.  As a result, documentation, in all areas of the law, is a huge essential to winning your claim or legal case.

For example, I am a personal injury attorney but I just helped a car wreck victim with her claim against a GAP insurance carrier; as her car loan exceeded the amount the insurance company claimed was the fair market value of the vehicle.  While I expected a battle with this insurance carrier as they had not responded to my prior letters, I was told they would be happy to process the claim once they were forwarded documents such as: the car’s repair estimates; the car’s payoff and: the original promissory note for the vehicle.  I believe my client may have already sent this material but, I cannot prove that she did or that she sent it to the correct fax number.  So now, after a long delay by the insurance carrier, we will send the material by certified mail and/or facsimile and follow up with a phone call making sure the material was received. Thereafter, I may still follow up with another letter confirming my future conversations with the carrier that the material was received and I can expect my client’s claim to be processed within “X” days.

So to expand this philosophy to other areas of the law, if you loan someone money, be sure to put the terms of the loan in writing and get their signature on the same; preferably with a notary public witnessing it. If you send money into a collection agency, be sure to send a letter with it or write on the check; for example, “payment of $500 with $2,000 still owing” or “full and final payment of all money owed”.  If you are dealing with a divorce and the ex-spouse does something against the Court’s Order, send yourself an e-mail describing the incident.  When you are ready to bring this up to your divorce lawyer or the Court, you will have an easy way to access the date of the event and its corresponding details.

All areas of the law work off of what can we prove!  And yet, we all forget the little details of events and conversations because our lives tend to run at 110 m.p.h.  Therefore, whether it is through e-mail, facsimiles or certified mail, document your conversations/actions when you are dealing with a possible legal dispute.  Also, unless the happenings of the incident are crucial to your case, you don’t have to incur legal fees by having an attorney review every little incident.  Rather, because you have all the details of the event saved, you can present all the incidents at once so either a pattern can be seen and/or the attorney can distinguish between the important and unimportant details.