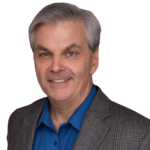 Why do I balk about using a big, law firm to handle your personal injury claim? It is all about customer service and knowing the details of your injury claim.

I worked at a big, television advertising law firm for over four years.  Guess what? First, those firms have an attitude of arrogance. Why? Because your single, personal injury claim is not going to make or break them.  If things don’t work out with your car wreck, they will just move on to the next one.

For example, I am presently handling the injury claim of someone severely injured in a motorcycle wreck.  All indications are to date that the medical bills alone will far exceed the liability coverage on the at-fault driver and the underinsured motorist coverage available on the motorcycle’s insurance policy. Nevertheless, there is a chance that the at-fault vehicle was owned by a car dealership at the time of the motorcycle accident and therefore, this insurance of that car dealership may apply. This is hugely important as it MAY increase the possible personal injury settlement by over 10 times since now, there may be enough insurance coverage to cover my client’s injury claim.

Why do I think the car dealership might have to provide insurance coverage?  Because I took the time to run the title of the at-fault vehicle and despite several times being told there were no such documents, I obtained copies of the title history which shows that the car dealership owned the at-fault vehicle on the day of the motorcycle wreck.  In other words, having the time and commitment to really focus on the facts of this one motorcycle wreck might substantially increase my client’s personal injury settlement.

To give you another example, I had a phone call last year that I want to share with you because it made me mad!  Not because the caller did anything wrong but because the injured victim was given incompetent advice about car accidents from two different law firms that spend a whole lot of money on television advertising every year.

The potential client was in a severe car wreck that resulted in surgery. Because of the COVID virus shutdowns, she was unemployed and had let her car insurance lapse, prior to the car wreck.  Due to this lack of insurance and the fact that Kentucky is a no-fault state, she was INCORRECTLY told by two big law firms, that advertise on television, that she did not have a personal injury claim even though she was not at fault for the car wreck.  Wrong!  We settled that claim for more than the state minimum of $25,000 and because we used the client’s health insurance to pay her medical bills, since there was not any no-fault coverage to pay those medical bills, the client still walked away with about 60% of the total settlement; even after deductions for attorney’s fee and case costs.

To say it again, and as illustrated by the above-discussed personal injury claim, the fact that Kentucky is a no-fault state means that the insurance company for the vehicle you are in, regardless of the fact that this is not the at-fault vehicle, covers the first $10,000 of your medical bills and lost wages. That’s it! It does not mean you don’t have a personal injury claim.

If your car, was not insured, you cannot recover the first $10,000 of your medical bills and lost wages. So, if you have a surgery bill for $50,000, you can only recover $40,000 of that surgery bill from the at-fault driver’s insurance if your vehicle was not insured.  Big whoop! You still have a claim for $40,000 in medical bills AND your claim for pain and suffering.

I established Desmond Law Office 15 years ago and from day one, I only handled car and motorcycle wrecks. I think I have done this long enough to figure out a way to get around the penalty for being uninsured.  However, if you go with a big firm and only speak to a “case manager” and not your injury lawyer, good luck with getting around such a penalty.  After, as discussed above, one of my clients was given bad information by two television attorneys and had she listened to that advice, the recovery on her personal injury claim would have been $0.

Further, I want to say something about the big law firms.  As many of my injured clients know, I spent a large part of my career working for a television advertiser; so I am speaking from experience.  These firms bring in a large number of personal injury claims every year by spending over $1,000,000 a year on television advertising.

Whether it is my firm or another law firm, let the attorney handle your car wreck where your case is going to be the big fish in their little pond.  From over 25 years of practicing law, I promise you that you will get more bang for your buck with this small guy.  After all, can you reach your injury attorney on his cell phone? All of my clients can!

Unlike the television advertising lawyers, I am not going to tell you that every pile of dog poop is worth money.  I will, however, make sure that you know what your legal rights are so you can make an informed decision about the damage to your car, your medical treatment and your personal injury claim!

I am still working during this lockdown. I will come to you if you can’t come to me and I always wear a mask.  If you have been injured in a car accident or a motorcycle wreck, quit listening to the nonsense and empty promises made by the TV advertising lawyers. Instead, call me directly on my cell phone and get immediate answers to your problems. It is really that simple.

All the best and stay safe during this crisis.