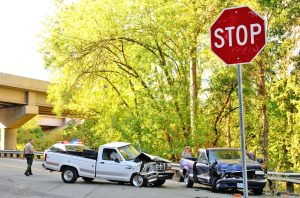 As a personal injury lawyer, I preach a lot about getting your medical bills paid and recovering your claim for pain and suffering from the insurance company for the at-fault driver. However, what about the damage to your car? What does my collision coverage actually cover?  What about a rental car? Who is going to be responsible for fixing my vehicle and putting me in a rental car while it is being fixed?  The answer to that question depends all upon the course of action you choose.

Collision coverage, on your own automobile insurance, is the easiest and quickest route to take.   Ultimately, your insurance company is going to be responsible for paying for the damage to your vehicle, regardless of who caused the car wreck, less your collision deductible.   The downside is that it may be months before you get your deducible back, if at all, and your collision coverage will not provide for a rental car.

Another route is to make a claim against the insurance company for the at-fault driver assuming he was insured and fault for the car wreck clearly rests with him.  In such a case, there is no deductible and the insurance carrier will put you in a rental car while your car is being repaired.  However, listed above, were two conditions that had to be met before the insurance company is going to agree to pay the first penny:

You have to show that the at-fault driver was negligent and that this negligence caused the damage to your vehicle.   If you can’t prove negligence by the other driver, the insurance company will simply deny your claim thereby forcing you to either file a lawsuit or use your collision coverage.  Remember it is not what you think happened in the car wreck but rather what can you PROVE.  (See May 16, 2016 blog, https://attorneydesmond.com/law-depends-upon-can-prove/ .)

So what about the police report? Isn’t that enough to show the other guy was at fault?  Sometimes but, recall that negligence means you can show that the other driver had a duty, breached that duty and but for that breach, you would not have suffered your damages.

Nothing in the law prevents an insurance company from making reasonable assumptions, contrary to the assumptions contained in a police report, as to who was at fault for a car wreck; as long as these assumptions are based upon reasonable interpretations of the facts.

When a car wreck involves a drunk driver or a rear-end collision while you are stopped at a traffic light, it is pretty easy to show the other guy was negligent.  However, when you have two drivers who both claimed to have entered the intersection on a green light, how do we know who is telling the truth and can’t an insurance company reasonably assume that their insured is being honest?

The second issue is that the insurance company has to have had valid insurance on that vehicle or the driver at the time of the car wreck.  Insurance companies can deny insurance coverage for a variety of reasons including but not limited to: their insured is not cooperating with their investigation; the policy premiums have not been paid; they did not insure that driver; or that did not insure the vehicle involved in the car wreck.  If this happens, you either have to use your collision coverage or try to find other insurance on this driver to cover the damage to your car.

If you don’t have collision coverage and you can’t find any insurance on the other driver, you may be looking at a lawsuit to try and recover for the damages to your vehicle. The problem being that lawsuits are lengthy, expensive processes that can end with you trying to collect on Judgment wherein the at-fault driver has little to no money to pay that Judgment.

In writing this blog, I realized I may need to address it a little deeper with a future blog or two.  So for the moment, I would suggest you call me should you have questions about your damaged automobile. The call is free no matter whether we pursue a personal injury claim or not.  You can reach me on my phone at [number].  FYI, since it is my phone, you can text me at that number as well should you prefer that method of contact.