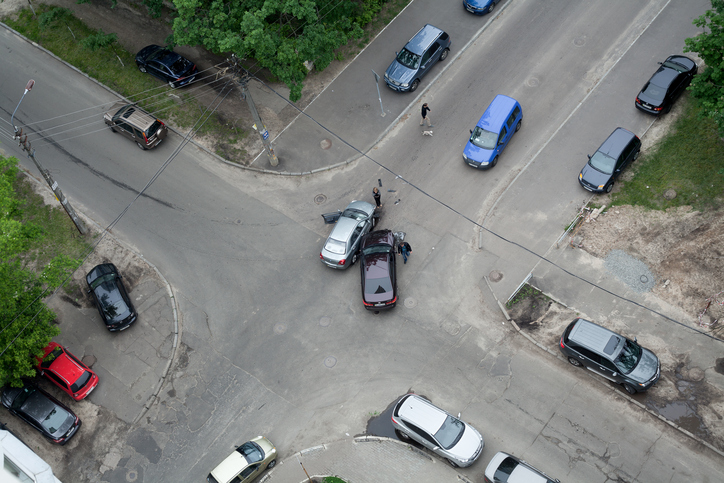 Car accidents at intersections often result in more serious and sometimes fatal injuries.  Most people may think the most dangerous and serious accidents occur on two lane rural highways, and they would be right.  Recent car crash data tells us a new trend is developing.  Why are accidents in an intersection more dangerous?

One reason is the design of a modern car.  Engineers have designed cars to absorb more energy and protect the occupants when the car is struck head-on or from behind.   There is less to protect the driver and passengers in a car wreck when the impact comes from the side.  Another reason is the increasing use of phones to text or email while driving.  These “distracted drivers” are causing almost as many serious accidents as those who drive under the influence of alcohol or drugs.

The Federal Highway Administration recently reported there were 2.5 million accidents involving injury in intersections.  40% of accidents in the US happen at an intersection.  The vast majority serious injuries in these accidents and those which involved fatalities were left hand turns.  Many of these drivers were attempting to hurry through a light as it changed.  In my 20 years of experience I’ve also noticed that many of these accidents happen because people were:

Car accidents at intersections result in more serious injuries and many fatalities.  Be very careful when you enter an intersection and take that extra moment to make sure it’s clear before turning left.  If you are injured in a car crash at an intersection seek immediate medical treatment, and call me on my phone for a free consultation at [number].

Steps to Take When You Are in a Car Wreck.