1) Get rid of any deductible you have against your no-fault or PIP coverage. You CAN NOT recover that deductible from the at-fault’s insurance company, and you might have saved $30 a year for a deductible that just cost you $1,000.
2) You can use either your own car insurance, i.e. your collision coverage, or the at-fault’s drivers’ insurance to get your car fixed.
3) The declarations page for the other driver represents the maximum amount of insurance on that driver.
4) The value of a personal injury claim depends upon several factors including: the length of your medical treatment; the amount of the medical bills; the type of treatment received; the amount of damage to your vehicle; whether you have a pre-existing condition; whether you have ever had a prior personal injury claim and; the insurance carrier that we are dealing with.
5) When your car is a total loss, the insurance company owes you the fair market value of the vehicle. This means you could owe more on your vehicle than it is worth.
6) If you lose your left arm and are hit by a semi-tractor trailer, there is more than enough insurance coverage. If you suffered that same injury when hit by a 1980 Ford Pinto, hopefully, you will have uninsured and underinsured motorist coverage on your automobile policy as the at-fault driver is probably not adequately insured.
7) If you are injured while driving a motorcycle in Kentucky, you cannot recover the first $10,000 of your medical bills or lost wages even though your motorcycle was properly insured; unless you bought option no-fault coverage.
8) If you were injured as a passenger on a motorcycle, you can recover your medical bills and lost wages from the at-fault driver. However, you are not entitled to no-fault insurance.
9) If you were severely injured while operating a motorcycle, we will probably look to your automobile insurance to see if that insurance policy might apply.
10) If you were turning left in front of a car when the wreck occurred, you will most likely be considered at fault for the wreck, no matter how fast the other guy was going, for failing to yield the right of way.
11) If you hit someone in the rear-end, you will most likely be considered at fault for following too close to the vehicle in front of you.
12) Kentucky is what is called a pure comparative fault state. This means you can recover your damages for whatever percentage, as little as 1%, you are not at fault for causing the car wreck.
13) The whole idea behind Kentucky being a no-fault state is that you should be able to get your medical bills, from a car wreck, paid for without having to show the other guy is at-fault.
14) Before purchasing a vehicle, I always suggest people look at the websites for the National Highway Safety Administration or the Insurance Institute for Highway Safety to see how well a vehicle does in a crash test.
15) A good personal injury lawyer has two jobs: 1) To maximize the amount he can recover for you with his right hand and; 2) to minimize the amount of deductions (i.e. costs, subrogation claims, medical bills, etc.) that have to be deducted from your personal injury settlement

Posted below is answer I put on Avvo.com for an Indiana Car Wreck wherein the injured party did not have car insurance:
On the issue of no insurance that’s a criminal charge and I don’t handle those kind of cases. You need to contact a criminal defense attorney.
On the civil case, you have a personal injury claim against the other person. Indiana does not penalize you for not having car insurance when it comes to your personal injury claim. (For example, in Kentucky, you can’t recover the first $10,000 of your medical expenses from the at-fautl driver if you don’t have car insurance.)
So you can ultimately recover your medical expenses, related to the wreck, from the other driver’s insurance. My suggestion to you is to go ahead and see a doctor or hospital and use your health insurance to pay for that treatment. Your claim relies heavily on your medical records and if you don’t have formal treatment, it looks like you were not hurting during that time period.
If you decide to make a personal injury claim against the other driver, your health insurance will have a lien against the case and the right to recover what they pay in medical bills from your settlement. However, your health insurance gets you the treatment you need right now and it will reduce the medical expenses,( i.e. the amount that would come out of your settlement for your treatment).
If you don’t have health insurance, you can go to a medical provider and see if they take a lien against the case for you to get the treatment you need. But, be aware that you are incurring medical expenses that way and you will owe those charges one way or another.

I just posted this answer on Avvo. In short, the question is what do you do about a rental car when the insurance company for the at-fault driver is claiming they can’t get hold of their driver.

On the police report, go to buy crash.com and see if you can print one up. If you can, fax it to the insurance company. You want to take away every excuse they throw at you. They do have a reasonable amount of time to investigate the claim. If this guy proves to be uninsured, remember that you can make an uninsured motorist claim against your own policy. Moreover, I understand that uninsured motorist coverage can cover your property damage, depending upon how the policy is written, in Indiana. If you pay for your own rental, keep your receipt and try to keep the cost low. There is no guarantee that they will reimburse you in full. FYI, usually a liability carrier will only cover a rental car for 10 to 14 days so you want to start looking for a new car. Also, they owe you fair market value for the vehicle, not the payoff. So get together your receipts and your title as you want to show it is worth as much as possible. Lastly, if you have any pain at all, get to the doctor. You want to get to the doctor. Injury cases live and die on the contents of the medical records. As a result, if you don’t have treatment for a time period, it looks like you were not hurting.

I created a new website, EasyCarWreck.Com to make it easier for car accident victims to get immediate legal advice. On EasyCarWreck.com, a person only has to complete five questions to get a free, legal analysis within 24 hours. No commitment or fees. I will provide you with my legal analysis of your car wreck and how I can help you! You will have my contact information and from there forward, it is completely up to you whether you set up a free consultation. It’s all about making car wrecks easy for you!

The idea is simple. All you have to do is answer five questions about the car accident and I will provide you with a free, legal analysis about the car wreck and your personal injury claim. After that, you can decide to set up a free consultation so we can have a more in-depth conversation about your legal rights. However, I won’t harass you or constantly contact you. It is all the legal advice you need without all the hassle of dealing with paralegals, call screener or case managers. Rather, it is direct legal advice from an experienced personal injury lawyer. 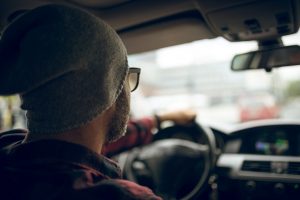 Remember that there is criminal law and civil law. Criminal law means the State can assert fines against you and possible make you serve jail time. Civil law means that you, the injured victim, have the right to recover money damages from the party that was negligent if their negligence injured you.  Yes, that is an oversimplification but accurate for now.

Civil law controls the facts of the car wreck and the claim for pain and suffering. The fact that your driver’s license may have been revoked or suspended at the time of the car wreck does not make automatically at fault for causing the car wreck.  The real questions for a car wreck in Kentucky are: 1) who was at fault for the car wreck; 2) who was injured in the car accident and; 3) what insurance policies can we recover from.  A criminal citation, such as for having a suspended license, does not automatically change these questions or whose negligence caused the car accident.  While it may play a role in the amounts recovered, it does not automatically prevent a claim for pain and suffering.  Below is part of an answer I posted on Avvo.com wherein this issue was raised:

For the moment, ignore your license or lack of license issue. For a civil case, you have to show negligence on the other driver. The lack of the license does not affect the pain and suffering claim for the motor vehicle wreck. Your first step, if the Officer gave you a report number, start trying to get the accident report through buycrash.com. If you were injured, go ahead and see a doctor or hospital. The no-fault part of the State refers to the fact that your insurance company will be responsible for the first $10,000 of your medical bills even though they can, at a later date, recover them back from the other driver. If the Officer issued a citation for the lack for driver’s license, that falls under criminal law and will not affect your pain and suffering, or property damage claim, from the wreck.